First, it was small things, he would forget that I had called, he stopped being able to cook a meal and unable to follow a recipe. He lost his ability to read because he would forget what had just happened a few pages back. They were minor things, evidence of his mild dementia, but they escalated as his disease progressed. 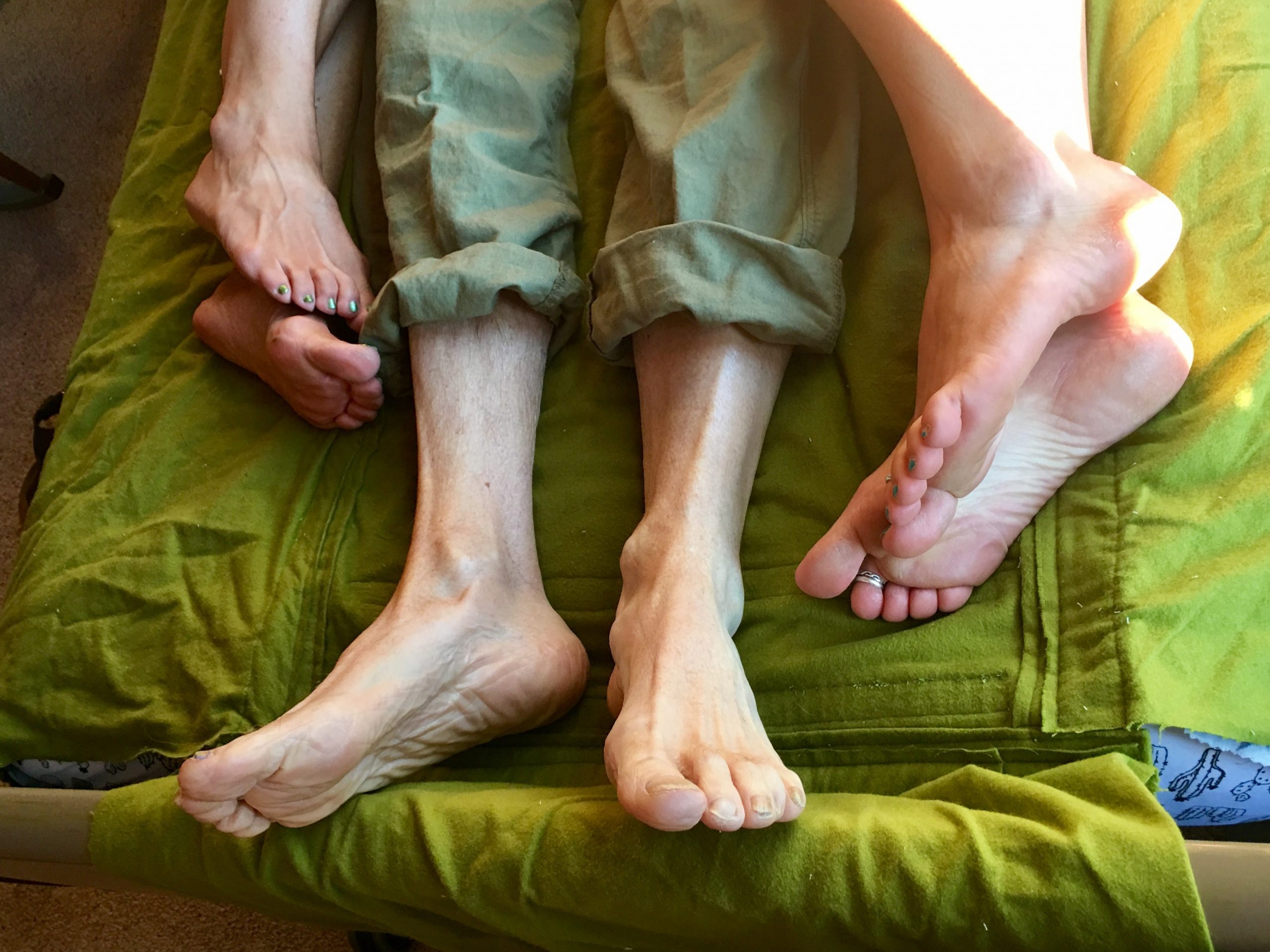 Our family had watched my Grandma’s journey with dementia. After more than eight years she died in a facility knowing no one and feeling alone and confused. My father was adamant about not wanting his disease to progress to the end stages of dementia, and he wanted a choice. Many things can prevent you from accessing Washington State’s Death with Dignity (DWD) legislation. Dementia diseases are an automatic disqualifier.

In July 2017 my dad started preparing for VSED: goodbyes, last meals, and even getting his first, and last, pedicure because he didn’t want to have “ugly feet for VSED.” His death was an act of courage, and he died twelve days later, releasing himself from a devastating disease and having achieved his own death with dignity.

Voluntary Stopping Eating and Drinking (VSED) is a legal, ethical, and effective way to achieve a peaceful death. In a study of hospice nurses, they rated the quality of VSED deaths on a ten-point scale.  VSED was given an 8/10 scoring equal, or better, than DWD in terms of suffering, pain, and peacefulness (Ganzini, 2003). VSED gives you time to say goodbye, to live fully, and to celebrate life.

I don’t advocate for VSED lightly. My father’s experience was imperfect and came with lots of learnings. We fumbled through the preparation and process and lacked proper support to manage his pain and symptoms. It wasn’t easy, it wasn’t always comfortable, but it was better than the alternatives. He got his wish: a peaceful death, at home, surrounded by family that he still remembered. We celebrated for two years prior to his death.

Filling up on happy memories, we watched sunsets, bantered over delicious meals, and sipped martinis while listening to Bob Seger. It was some of the best time we spent together. I have the privilege of remembering my father’s last years with a smile.

End of Life Washington (EOLWA), wants to provide a wider range of end-of-life choices to reduce terminally ill Washingtonians’ suffering. Moving forward, and through the efforts of the VSED Working Group, Dementia Taskforce, the Public Policy and Law Committee, and staff, EOLWA will: