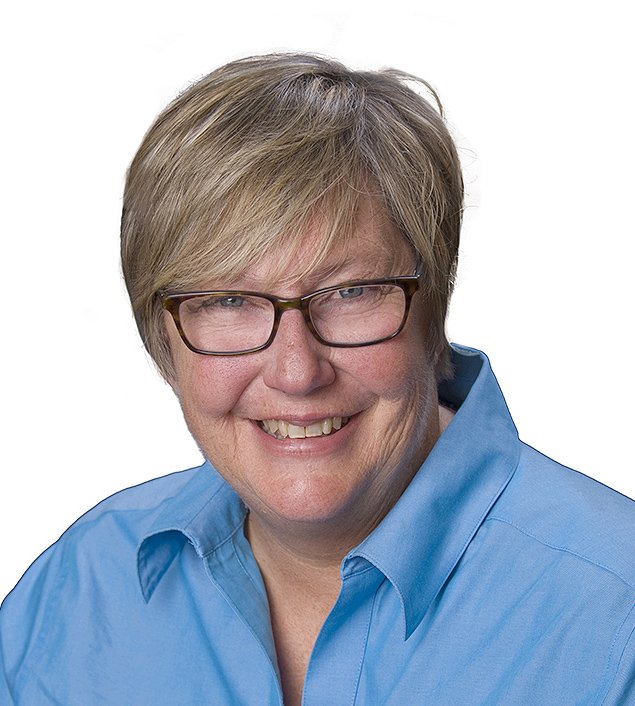 Judy comes to End of Life Washington (EOLWA) with a passion for end-of-life choices, a collaborative approach to leading a well-run nonprofit organization, and a natural ability to rouse, rally, and engage people to uphold essential rights.

Judy has a Masters and Bachelors in Social Work, with a focus on Community, Administration, and Programs. She became an end-of-life choice advocate in 2012 through her work as the Executive Director of North East Seattle Together (NEST), Seattle’s first virtual retirement village, and has continued to prioritize end-of-life choices in her work ever since.

Judy’s experiences as a nonprofit leader, equity and inclusion trainer, life coach, advocate, and event organizer has equipped her well for her role as EOLWA’s Executive Director. She is a systems thinker who is equally skilled with people and data. Judy’s idea of a life well spent definitely includes partnering with a broad spectrum of volunteers, the board of directors, staff, donors, and community members to bring bold visions to life. 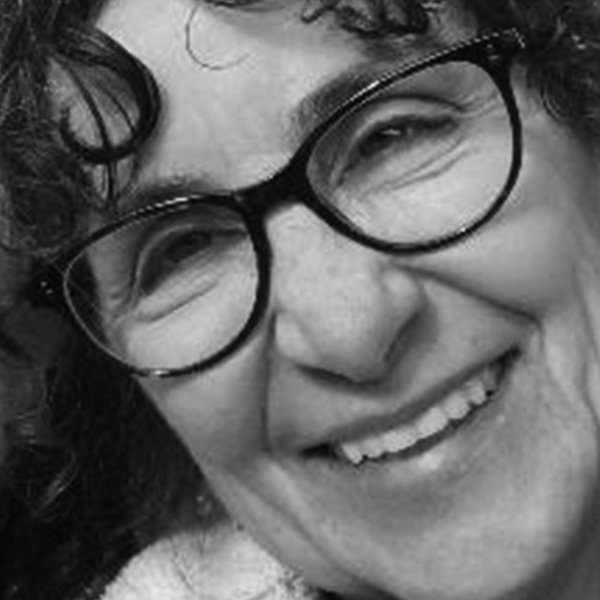 “I work at End of Life Washington (EOLWA) because I believe in our statement “My life, My choice, My death.”

When a person calls End of Life Choices Washington, it is often a very emotional and vulnerable time. The caller deserves an empathetic, attentive listener who will deliver the tools they need, and the support to implement the tools, while making them feel cradled in care.

“Being able to provide any peace of mind to potential clients is extremely rewarding to me.” 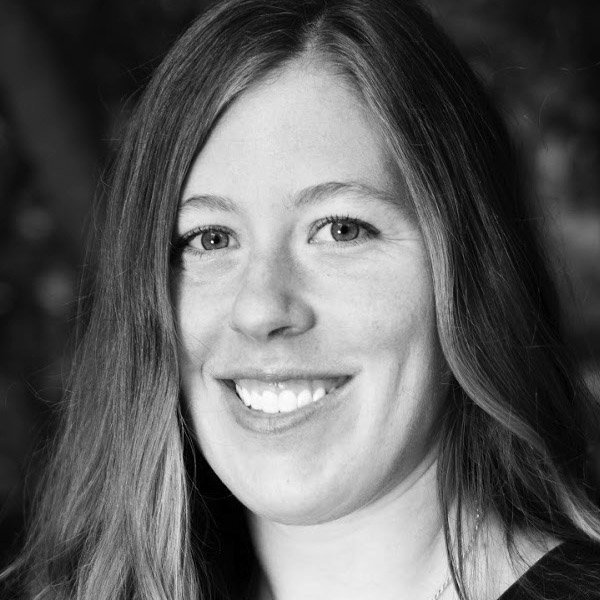 Cassandra Sutherland is originally from Bellingham, WA. She earned her undergraduate degree in San Francisco before moving to Bolivia to work in sustainable development where she supported volunteers and local communities. Up until five years ago, Cassa was unfamiliar with EOLWA’s work. It wasn’t until she moved back to Washington to support her Father to navigate his end-of-life that she was introduced to EOLWA’s resources.

Cassa used her personal experience of her father’s dementia and death to earn her Master’s in Global Public Health from the University of Washington. She values fairness, education, and adventure. Her work has taken across the globe from Paraguay to Rwanda. She enjoys asking questions, staying curious, and learning new things.

Outside of work, you will find Cassa billy goating up a mountain with her dog, in the kitchen with her partner, or with her nose buried in a book. As part of the EOLWA team, she is committed to supporting the community and showing up authentically. She passionately joins the organization to make end-of-life options readily available and is hopeful that one day soon every Washingtonian will be in choice about their death. 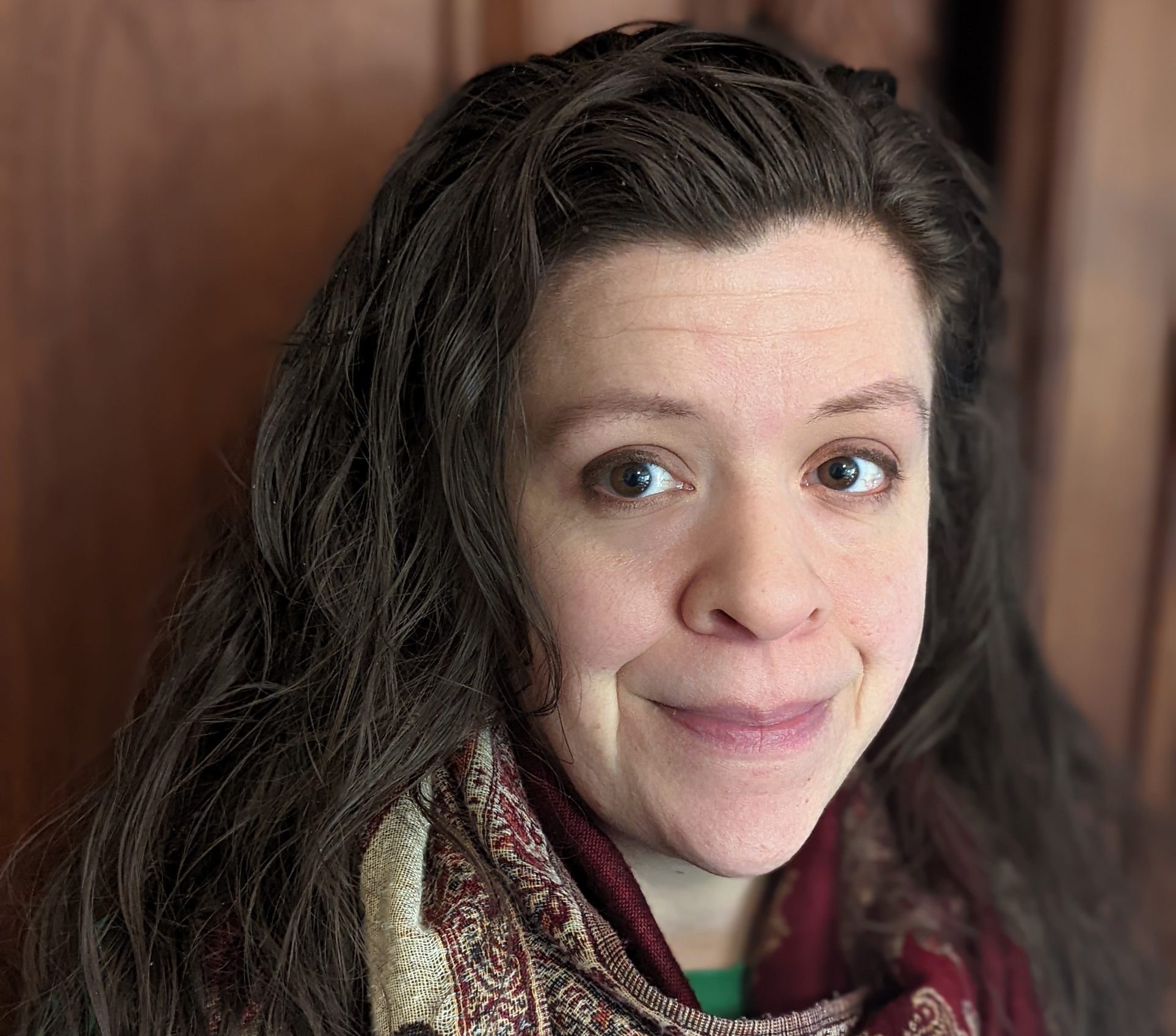 Rebecca (she/her/they) is a long time volunteer with EOLW who is excited to move into a client services role. Rebecca grew up in Chattanooga, TN and lived in San Antonio and NYC before settling in Seattle. She has a Masters degree in Health Advocacy from Sarah Lawrence College, and previously worked in Food justice and as a hospital based patient advocate. She has been a long time believer in patient rights and autonomy, and is passionate about empowering people in their end of life choices. Outside of work Rebecca spends most of her time exploring the circus arts and playing with her 4 cats. 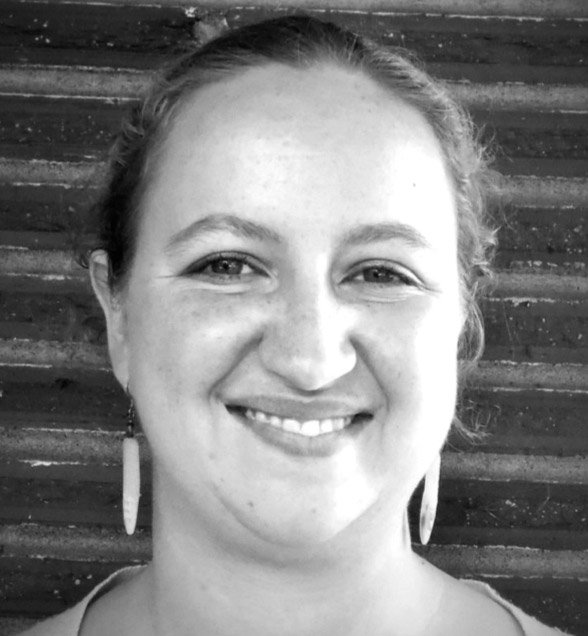 Alex is excited to contribute her systems-thinking skills, and a deep passion for doing what’s right and doing it well, to End of Life Washington.

Alex has a Master’s in Public Administration with a certificate in Nonprofit Management. After finishing graduate school she spent 3 months working with Maher, an organization near Pune, Maharashtra, India that shelters, nurtures, and empowers people grappling with domestic abuse, poverty, mental illness, and neglect. After returning to Seattle, she spent several years working for the Phinney Neighborhood Association (PNA) in several roles spanning from administration to managing programs such as the PNA Village aging in place program and the Membership program. Alex believes deeply that people deserve choices and dignity in their choices, and is proud to join End of Life Washington in doing this work. 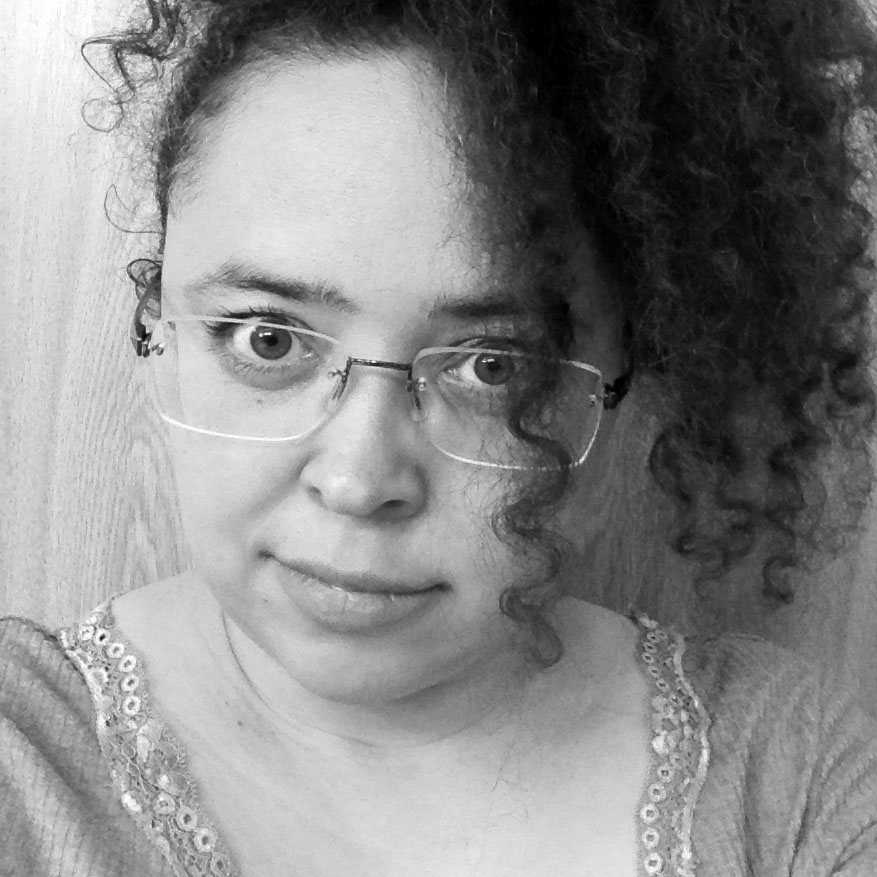 Laura Lucas is a native New Yorker who lived in the Seattle area for 13 years and completed her undergraduate degree there. The pandemic brought her back to New York and completely changed her life.

She has worked as an office manager, administrative assistant, and/or “person who makes lists and organizes things” for most of her professional life.

Outside work she navigates writing, dancing, and caring for her cats, her partner, and a century-old farmhouse. She is happy to be a part of EOLWA to help ensure that everyone can have access to the choices that they need. 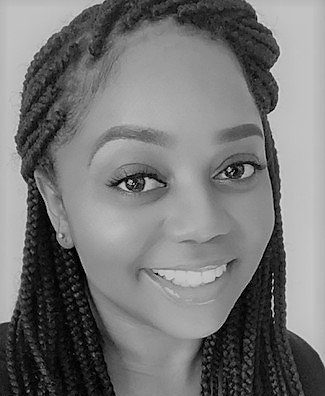 Raven comes to EOLWA with a passion for storytelling and a background in broadcast media production. She is a former enrichment instructor for King County, where she taught middle school students video production and storytelling basics. Raven earned her undergraduate degree in the San Francisco Bay Area and continued her education at the University of Washington, where she earned her Master’s in Communication.
While completing her graduate degree, she worked at a Seattle-based nonprofit, focusing on supporting older adults on their aging journey. Experiencing the loss of many family members and friends during the pandemic (both to terminal illness and COVID-19) has shifted Raven’s interest toward supporting and educating people on end-of-life choices. She is a life-long learner and loves to research and learn new skills in her free time. Raven is excited to contribute her communication and storytelling skills to the work of End of Life Washington.
Give to EOLWA 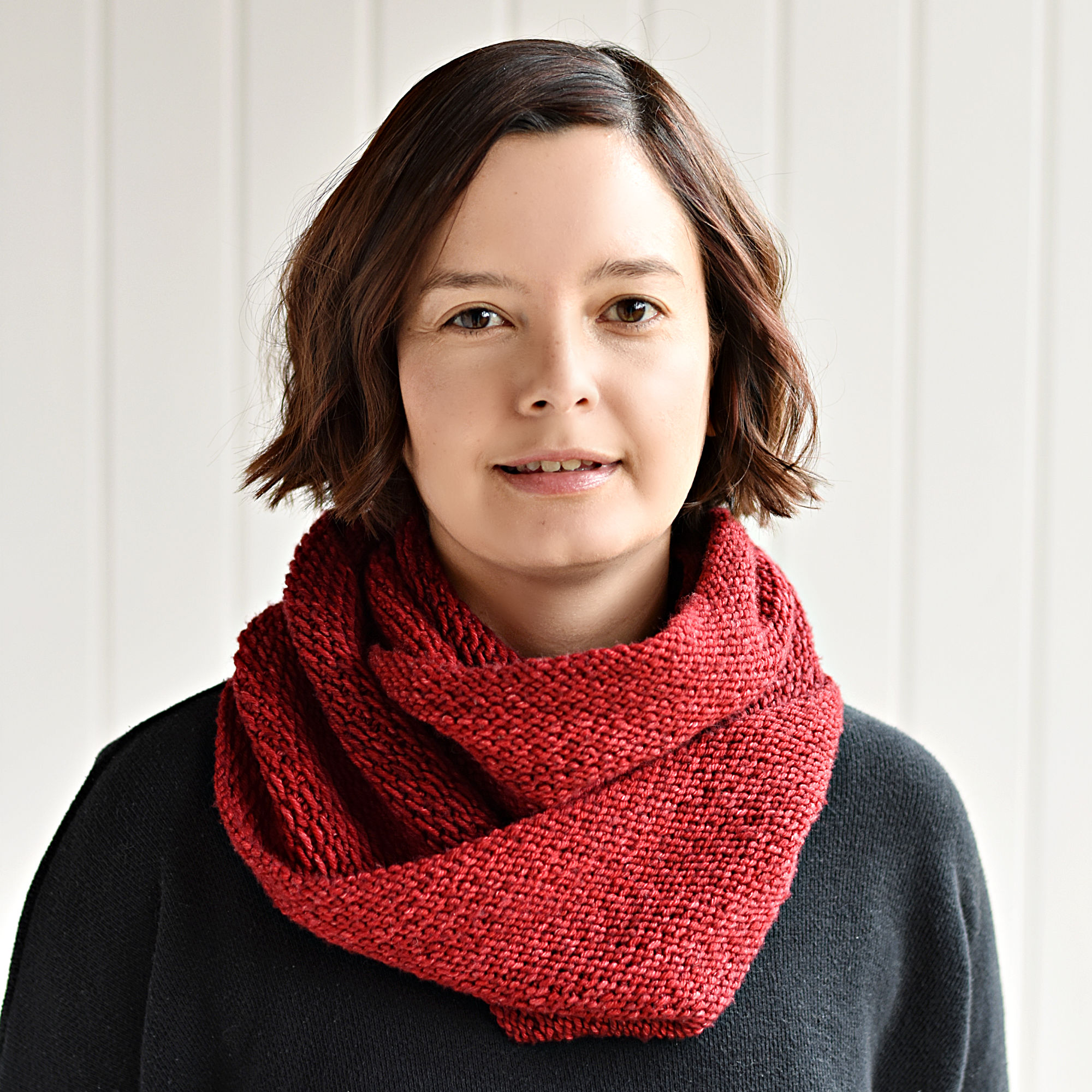 Daniela Miranda (she/her/hers) is originally from Costa Rica, where she earned both her bachelor’s and master’s degrees in English and TESOL from The University of Costa Rica. She moved to the US in 2011 to get her PhD in English Literature from Washington State University. She graduated in 2015 and taught rhetoric and composition, literature, and cultural competence for several years at WSU.

After attending an outreach event organized by a local anti-violence organization, she felt inspired to join the team at Alternatives to Violence of the Palouse, a non-profit that supports survivors of sexual assault, domestic violence, and other crimes. She spent two years at ATVP as the Coordinator for Crime Victim Services, a role involving a combination of outreach and education and direct services.

Daniela is passionate about research, education, and empowering individuals from all backgrounds to make informed decisions about their health, relationships, and end-of-life options.

Daniela lives in a small town in Eastern WA with her partner. In her free time, she loves to knit, cook, and travel. 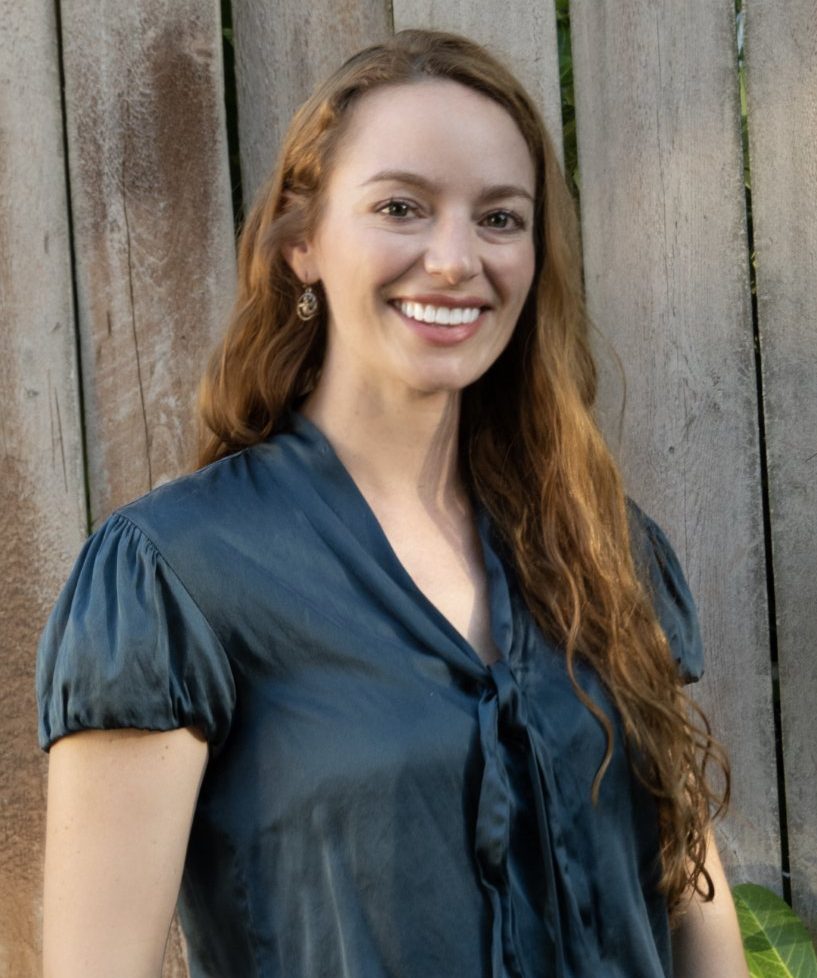 Jess is from Salida, a small town in the mountains of Colorado, and received her undergraduate degree from Creighton University in Omaha, Nebraska. She attended Des Moines University for her Doctor of Osteopathy education, as well as a Master in Public Health degree. She trained at Providence Portland for her Internal Medicine training and then went to Puerto Rico as a National Health Service Corps Scholar for 4 years. In 2016 she returned to the Pacific NW and joined the Vancouver Clinic as an Internal Medicine Hospitalist. She served as co-chair of that department from 2019-2022.

She has always been strongly supportive of patients’ choices, including at the end of life. She became aware of how few doctors in SW Washington were willing to prescribe MAID, and so she became involved with MAID work in late 2018. She is a volunteer MAID provider, and in August 2022 she became part time Medical Director for EOLWA. She also continues to work clinically as a Hospitalist in SW Washington.

Apart from her interest in end of life issues, Jess also has interest in barriers to the access of medical care, and new forms of care delivery.

Outside of medicine, Jess loves being outside in many ways, including hiking, camping, paddle boarding, skiing, and snowboarding. 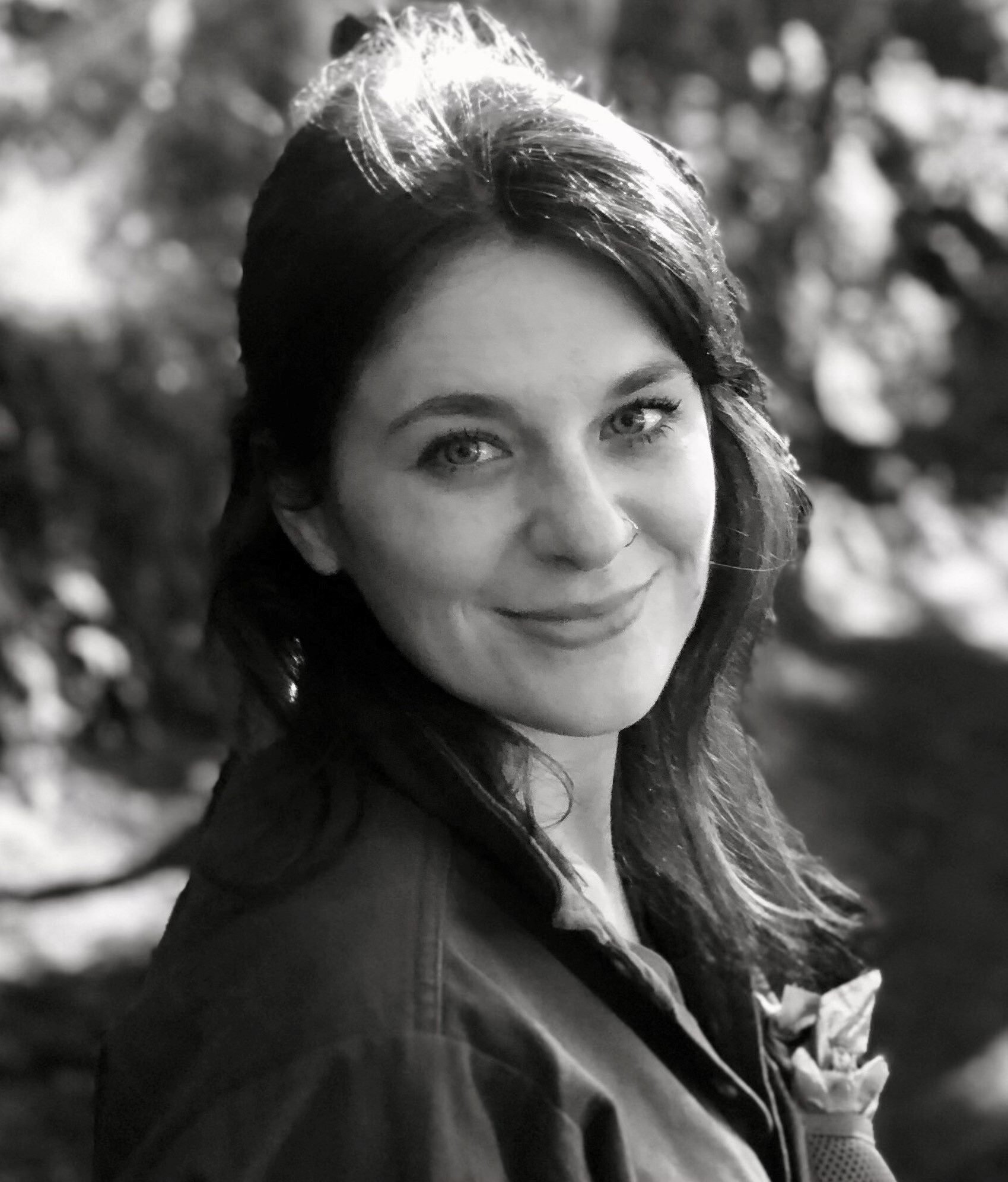 Rebe Brown is a Midwest transplant who has lived in Seattle for over a decade. She earned her MSW from Indiana University.

Rebe has always been passionate about end-of-life care and believes that everyone should have the tools, resources, and freedom to make informed decisions about their health care. She likes to have the sun on her face and gets joy from picking up and putting down numerous hobbies. 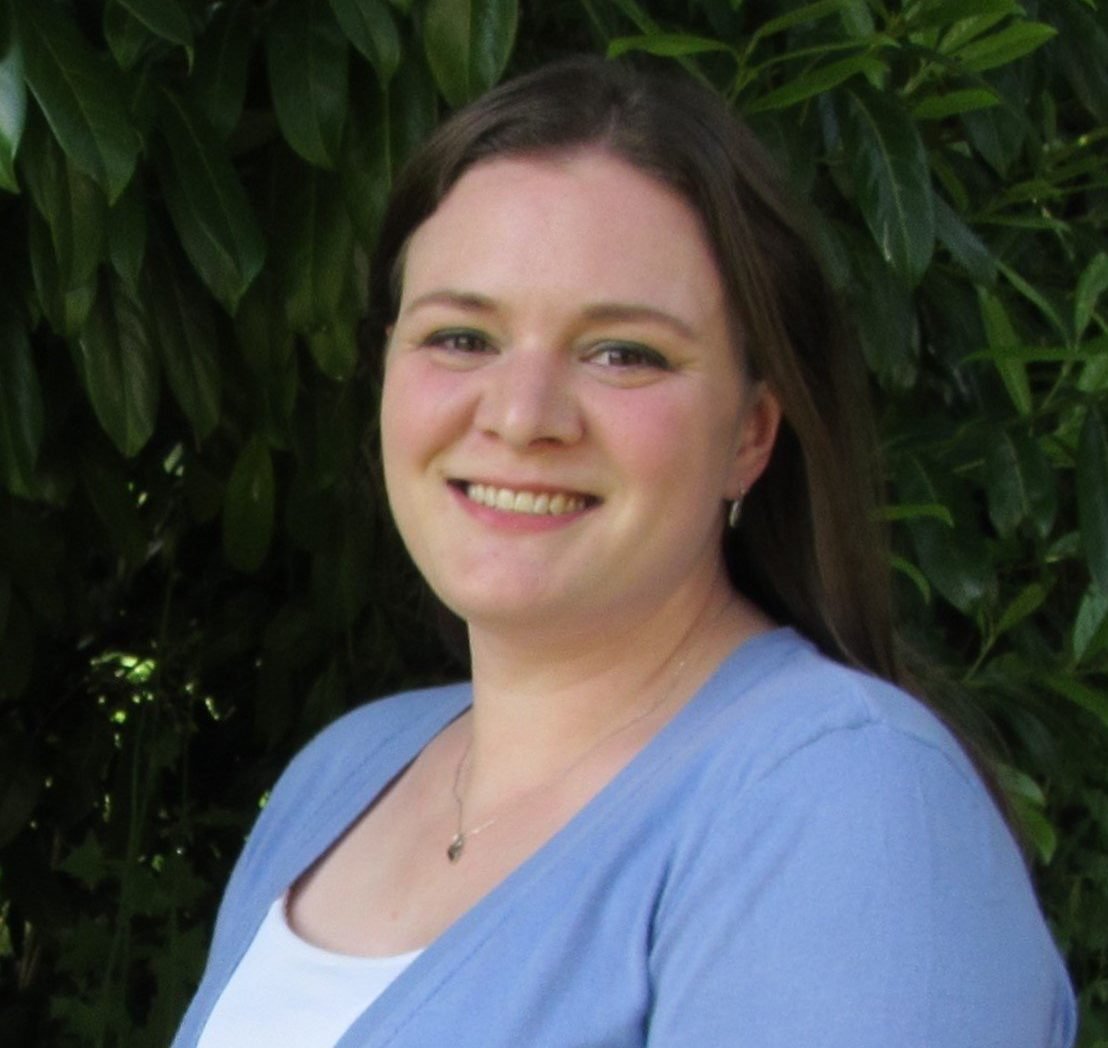 Wendy grew up in the Greater Seattle Area with a passion for art, storytelling, and helping others. After spending time working with nonprofits in Ireland and Washington, Wendy earned her Masters of Nonprofit Leadership from Seattle University, focusing on fundraising and donor-centered communications. Her passion for end-of-life care stems from experiences working with young people facing serious medical conditions as well as her father’s experience with hospice.

Outside of work, Wendy enjoys being creative by quilting and painting. She loves to push herself out of her comfort zone through travel and can’t wait to check off more states, countries, and national parks from her must-see list. 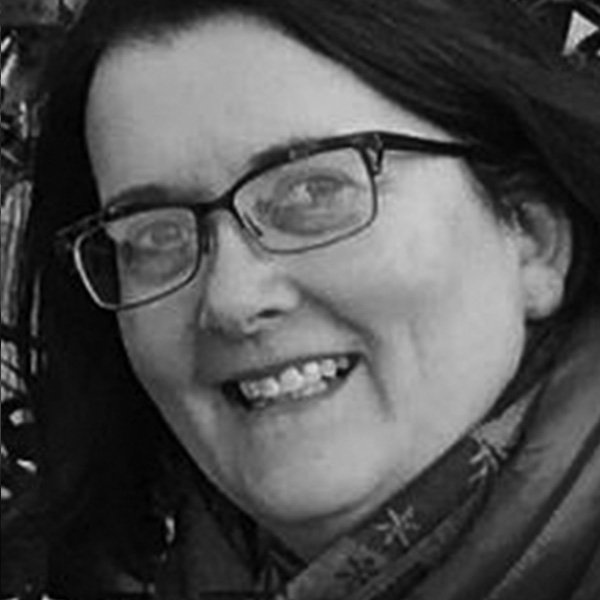 Sally Thomae is originally from Wisconsin where she earned both her bachelor’s and master’s degrees from UW-Milwaukee. Prior to graduate school she worked as a lab assistant, a medical assistant, a health educator, and a pharmaceutical sales rep. After volunteering with hospice and with the Milwaukee AIDS Project she earned her MSW specifically with intent to serve people facing end-of-life issues. Sally worked with Hospice in both Wisconsin and California and spent a year with Golden State Organ Donor Services in Sacramento revamping their donor family aftercare program. In 2009 she completed a course of study at the Center for Loss in Fort Collins, Colorado, earning a Certificate in Death Studies.

Since moving to Seattle in 2009 Sally dove headfirst into a midlife crisis and explored several other areas including animal welfare, a short, ill-fated partnership in a wine shop, and a return to school to study skin care. She continues to volunteer with a local greyhound rescue. Sally is thrilled to be with EOLWA doing the work that speaks to her heart and soul – helping people who seek compassionate end-of-life care. 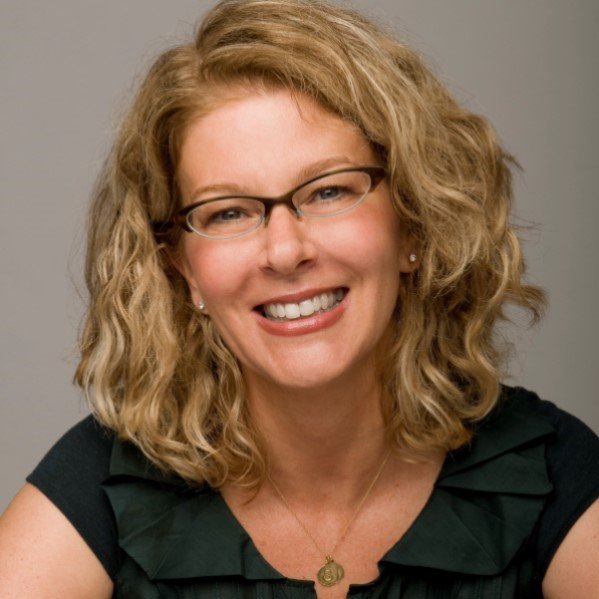 Nancy Sapiro is a lawyer and contract lobbyist.  She has represented clients in Olympia since 2012, and has worked with End of Life Washington since 2016. She specializes in health care, civil rights, economic and social justice, domestic violence, promoting policies that support working families, and civic engagement. Prior to this, she worked as a staff attorney for a women’s legal rights organization that worked to advance the law through litigation, legislative advocacy and legal rights education strategies. She also worked for over 7 years as a public defender representing individuals charged with crimes as well as indigent parents and children involved in the juvenile justice/child welfare system. She is a graduate of the University of Wisconsin-Madison. In 2008 she was honored by the King County Washington Women Lawyers and given the Friend of the Judiciary Award for her work championing women’s rights to comprehensive health information and care. She is also a principal in a family owned commercial real estate business that has been in existence for over 70 years, based in Green Bay WI.

She is passionate about the work of End of Life WA based on her deeply rooted belief in autonomy around health care decision-making, particularly at the beginning and end stages of life.