We know that many supporters from our End of Life Washington community saw the full-page letter from the Virginia Mason and CHI Franciscan CEOs in last Sunday’s Seattle Times newspaper (Read it HERE).

After reading the letter we knew that you deserved a public response from us.  We have placed the following statement in today’s Seattle Times newspaper. We want to make sure that you had a chance to read it and to share it with your friends and family.

Regardless of what happens with this merger, we remain a committed partner and resource to physicians and terminally ill Washingtonians wishing to access Death with Dignity.

Please share the statement below widely. This fight and this conversation are not over yet.

The proposed merger of the independent Virginia Mason Medical Center and the Catholic CHI Franciscan has raised a hue and cry throughout the state by citizens opposed to the continued takeover of health care in Washington by religious entities. The CEOs of the two hospital organizations published a letter in The Seattle Times on Sunday, August 30th discussing the proposed merger of these two large hospital systems. We respond:

Our Death with Dignity (“DWD”) law, passed by citizens’ initiative in 2008, allows terminally ill patients to have a dignified, peaceful, and hastened death with the support of two physicians. Since the law was enacted, Virginia Mason has been an exemplary provider of this accepted standard of care, upholding the rights of patients seeking DWD.

The merger between Virginia Mason and CHI Franciscan would result in religiously sponsored health systems controlling half of Washington hospital beds. Access to physicians who are permitted and willing to provide Death with Dignity care is already a major problem in our state, particularly in rural communities, where a religiously sponsored hospital or clinic is the only medical provider. One in three EOLWA clients is unable to find a DWD-treating physician without our assistance. Preventing Virginia Mason doctors from providing DWD services only exacerbates the problem of access.

The letter from the CEOs states that “CHI Franciscan and Virginia Mason are aligned on mission and values.” However, we assert that it would be a terrible disservice for Virginia Mason to compromise its values and those of the community it serves by acquiescing to restrictive religious policies which forbid patients the ability to choose the timing of a peaceful and humane death. EOLWA and many Washingtonians believe that we should not have others’ religious views imposed on us. At our time of dying, we should be able to exercise the right, protected by the Death With Dignity law, to choose how, when, and where we die.

In this merger we want Virginia Mason and CHI Franciscan to prioritize their patients’ values, the integrity of the patient-physician relationship, and provide clear safeguards that protect patients’ full range of end-of-life choices, including Death with Dignity. EOLWA remains a committed partner and resource to physicians and patients wishing to access Death with Dignity. 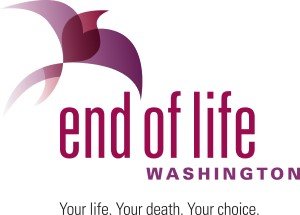