Movement Matriarch to Die with Dignity

End of Life Washington, past, present, and future is deeply thankful for ALL of the ways that Sheila Cook helped to advance end-of-life choices and aid in dying. On April 12th, Sheila’s 91st birthday, she will die using the Death with Dignity Act that she helped to bring to life for the past 30 years. Indeed, her memory will always be a blessing. 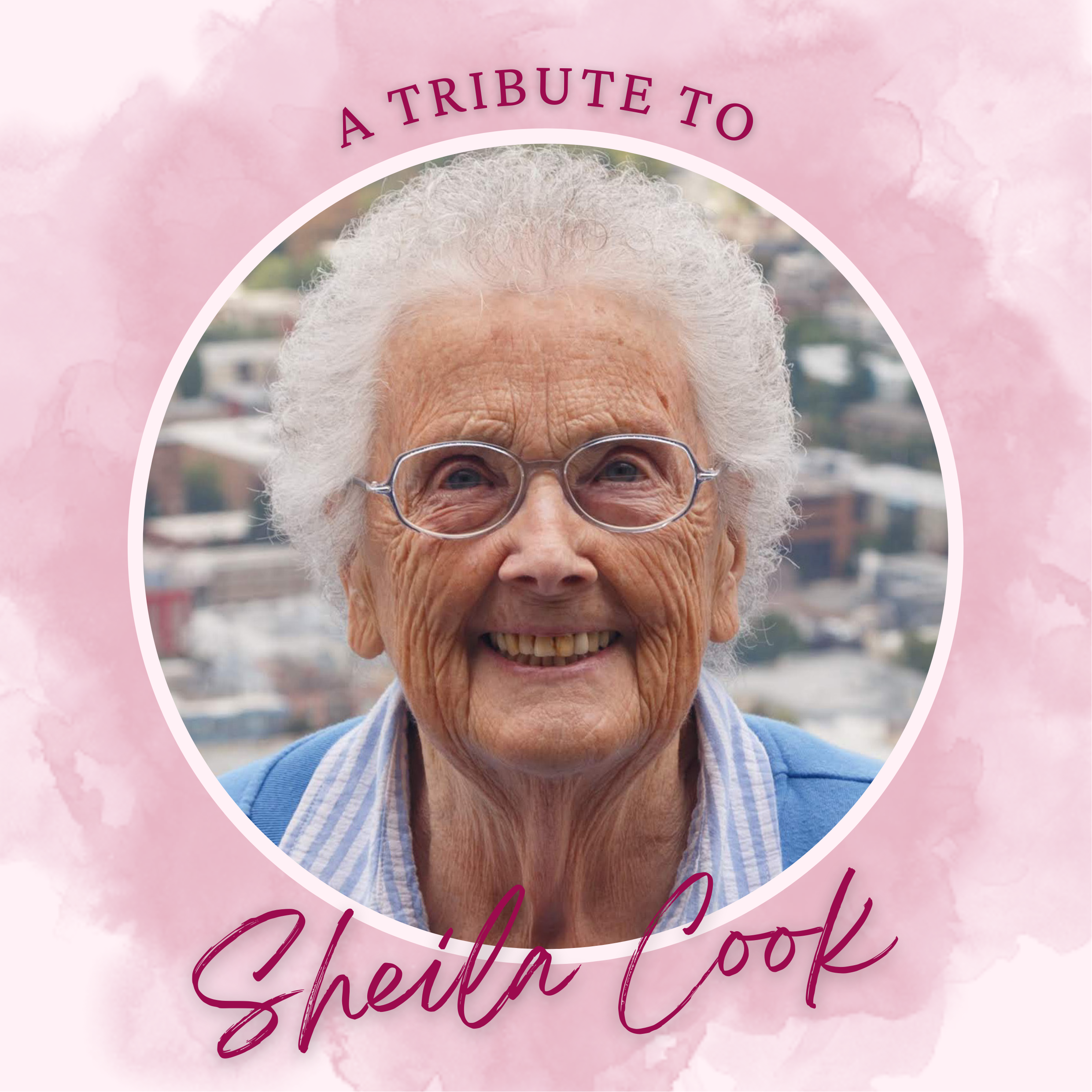 On a sunny spring day, in her bright Edmonds condo, Sheila Cook sits comfortably in a recliner with a smile on her face. It is a face beautifully etched from decades of loving laughter. She shares easy banter with two of her three children, their humor sometimes dark, their love for one another palpable. Her memory can be somewhat foggy at times now, but Sheila continues to display the cheerful, strong spirit that fueled a lifetime of giving.

Sheila (pronounced SHY-la) is dying. The 90-year-old activist and advocate for dying with dignity is quietly facing her turn after decades of fighting for other people’s right to die on their own terms. Fortunately, Sheila does not have to go to battle to use the law that she had an instrumental role in passing. On April 12, her 91st birthday, Sheila will drink a lethal cocktail of medications that her doctor has prescribed for her under Washington State’s Death with Dignity Act. Her three children and two of her long-time peers in the right-to-die movement will be at her side.

Sheila, the youngest of three girls, grew up in Milwaukee, Wisconsin, and met her future husband, Don Cook, in a little Baptist church when she was just ten years old. Sheila and Don married when he was still in college, then joined one of her sisters in Washington after his graduation. They raised their two sons and one daughter in Edmonds. The extended family now includes seven grandchildren and nine great-grandchildren.

While Don worked at Boeing, Sheila explored her own interests in addition to raising the children. Ever curious and interested in organizational skills, she completed two and a half years of college (“at $20 a class!”) and went on to have a successful secretarial business. Sheila also enjoyed working as a proofreader and church choir director. In the late 1980s, she and her sister June fought to have their mother removed from a nursing home that insisted on keeping her alive at all costs. This kindled a fire that would define the rest of Sheila’s life.

After Don’s retirement in 1989, the couple became tireless advocates in the burgeoning movement to allow terminally ill people the right to die comfortably and at the time of their choosing. Sheila and Don were founding members of the local Hemlock Society and Compassion in Dying. To this day, Sheila sits on the board of End of Life Washington.

They worked hard to gather signatures on a petition to get Washington Initiative-119, which would have allowed doctors to assist terminally ill patients who wanted to end their suffering, on the voting ballot in 1991. Unfortunately, the measure didn’t pass, but that didn’t stop their dedication to making the right to die possible for Washingtonians.

Life wasn’t only about the right to die for the Cooks. Sheila and Don enjoyed traveling the world together, exploring much of North America and Europe. The Hawaiian Island of Kaui was a regular destination, sometimes with their grown children and their families. After Don died of cancer in October of 1999 (just prior to medical aid in dying being legalized in Washington), Sheila continued to travel independently, taking one to two cruises every year. She even took a 64-day Pacific Rim cruise in 2007. But her favorite destination? Iceland.

Despite a long history of church-going, Sheila has come to the personal conclusion that there is “nothing” once we have died, and death does not frighten her. When asked about any pearls of wisdom she would like to share from her long life, she answered, “Be true to yourself.” Responding to an inquiry on how she wants to be remembered, she ponders for a moment and states, simply, “as a giver.”

Her final act of giving will continue after her death. Sheila has been a participant in the Seattle Longitudinal Study, conducted by the University of Washington for many years. She has donated her body for further research within the study, specifically looking at brain health.

If all goes according to plan, Sheila will ingest the medications she fought hard to give us all the right to choose, ending her life 91 years to the day after she came into the world, destined to make it a better place.

In honor of Sheila’s commitment to protecting end-of-life choices, her family invites you to donate to End of Life Washington in her name.