Lessons on Democracy and Our Rights from my Father 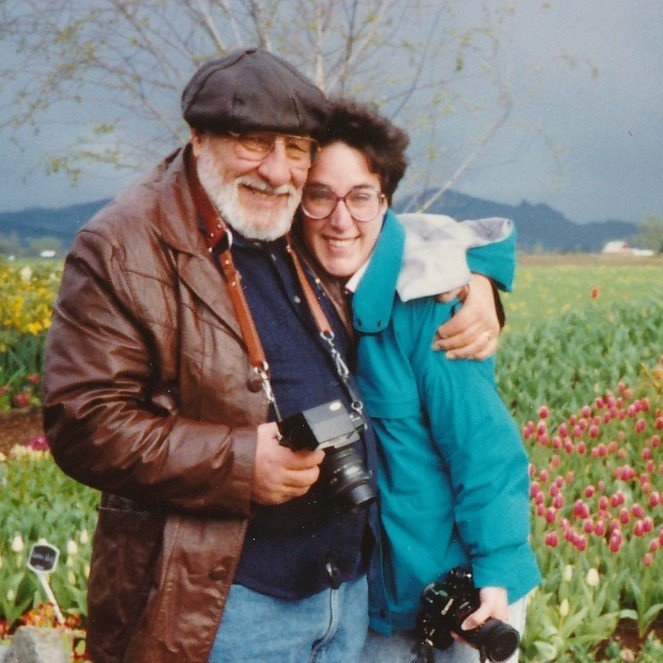 Nancy pictured with her father at the 1991 Tulip Festival.

In 2008, I focused all of my time on the Washington Physician-Assisted Death Initiative (I-1000) campaign. It was a promise I made to my husband, Randy. He begged for aid in dying as he suffered in the last months of his life. Medical-aid-in-dying (MAiD) was not legal in Washington State, so he asked me to promise him that I would make it legal so others wouldn’t suffer the way he did. I could never have imagined how much the campaign would change my life and spur a lifelong commitment to the aid-in-dying movement.

In 2011, How to Die in Oregon premiered at the Sundance Film Festival. It has been shown at Film Festivals around the world. More than a decade later, it still plays a significant role in educating the public and healthcare providers about MAiD and has helped with legalization efforts in this country and others. The film changed my life even more.

After every screening of How to Die in Oregon, attendees wanted to share their stories or express gratitude for the law’s passage. After one particular screening, a woman approached me and described her mother’s very recent death. She was grateful her mother had the choice of MAiD. She said it was a good death and felt peace from the experience. She said she felt immense comfort knowing MAiD would be there for her at the end of her life. As I listened, I felt both compassion and envy. The peaceful experience she described with her mother’s death couldn’t have been more different from what I experienced with Randy’s death. Her comfort in knowing MAiD would be there for her was not a feeling I shared. As I listened, I wondered would MAiD be available at the end of my life? My concern had deep roots in childhood experiences.

My father was a US History teacher for the Seattle Public Schools. Symbols of our democracy were all over our home, including the Bill of Rights posted on our refrigerator. My father was often in teaching mode with his five children. If one of us complained about not being allowed to go somewhere or do something, declaring we had a right to it, he’d point to the Bill of Rights on the refrigerator and say, “The only rights you have are listed there. Everything else is a privilege and can be taken away at any time.”

My father is long dead, but his words are still very much alive in my mind. Juxtapose to the euphoria I felt on November 4, 2008, when voters said yes to I-1000 were my father’s words. I was acutely aware that legalizing MAiD was a privilege that could be taken away at any time. Today we see that with Roe v Wade and voting rights. Laws are overturned or diluted beyond recognition. MAiD is no less at risk. I don’t have the luxury of feeling comfort that this is a right guaranteed to be there for me. For that reason, I’ve never stopped the volunteer efforts I began in 2008 of educating the public on why MAiD is so important and needs protection. If I wasn’t aware of its fragility, my father would be disappointed, believing I hadn’t paid attention to his history lesson.