“He could have died so well.”

Washington State’s Death with Dignity Act provides comfort every year to dozens of patients facing a terminal illness with less than six months to live.  It reduces their fear and anxiety about dying, knowing they can end their life when the pain and suffering becomes too much to manage. But for those who learn about the law too late or are diagnosed with an illness that could end their life in a matter of days, there is no relief.  This is because of a mandatory 15 day waiting period to gain access the life ending medication. 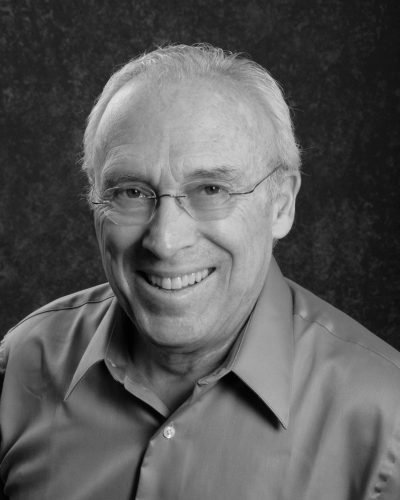 George, before the cancer diagnosis.

For people like George, who was diagnosed at 80 with Stage 4 Pancreatic Cancer and just two to four weeks to live, this aspect of the law was harder to accept than his terminal diagnosis.

What he didn’t know is that he would have to wait 15 days to be able to access the life ending medication.  In his case, the waiting period kept him from being able to use the law at all.

George’s cancer was diagnosed too late for treatment to be an option.  The COVID-19 pandemic and a pacemaker both contributed to doctors missing warning signs. The cancer had metastasized into his liver and his body was irreversibly shutting down.  The doctors estimated he had less than four weeks to live.

George and Patricia found it hard to collect themselves to make decisions, but George did know that he wanted to go home.  The doctors suggested that if this was the case, that George stay at the hospital to manage his pain until Patricia was able to get in touch with hospice and start preparing for him to return home.  What they did not suggest, and was on the top of George’s mind, was using the Death with Dignity Act.

“I want the life-ending medication prescribed to me to be able to use it when I get home, before my body completely shuts down,” George proclaimed.   “Before my family has to watch me wither away.  I want to die on my terms in the next few days and go out saying goodbye with a smile on my face. Please send me home with it.”

The doctors heard his plea and explained to Patricia how to begin the process on his behalf to make this happen.  What they did not explain was that there would be a 15 day waiting period, which meant they needed to start the process immediately for George to benefit.  Instead, they gave her the numbers of people to contact to begin the process when they were ready.

When George returned home from the hospital and the two of them could finally talk in person about his wishes, George remained clear about how he wanted to die.  Patricia began making calls to fulfill George’s request to use the Death with Dignity Act.

This is when they learned the heartbreaking news that George would have to wait 15 days before he could acquire the medication. Fifteen days they feared George didn’t have. This news devastated them.

For ten years she and George had been carefully preparing and planning for end of life, completing all the necessary Advance Directives to document their wishes.  They had been especially clear that if they became terminally ill, they would choose to use the Death with Dignity Act.  But now, Death with Dignity was out of George’s reach because nobody had told them to start the process the minute he was diagnosed.  Frustrated and feeling betrayed by a law they had supported and believed in, Patricia continued to investigate to see if any exceptions could be made in a case as obviously terminal as George’s, but there was no hope. Every answer was the same.  He would have to wait the 15 days.

At home, just 11 days from his diagnosis, George’s body quickly declined as the doctors expected it would.  His body weakened and his pain intensified.  Pain that required heavy medication and sedation to manage, which made him unable to communicate with Patricia or his children, eliminating his wish to say goodbye with a smile.

“He was unconscious most of the time,” Patricia recounted. “But when he was alert, his would mostly grimace and clench his jaw in pain. It was horrible to watch.  George spent his final days dying badly for no reason.  There was no question he had a short time to live.  What purpose would a 15 day waiting period serve in his case?”

George took his final breath nearly unconscious, under heavy sedation.  Instead of his wish to have one final evening with his loved ones where he could say goodbye, laugh and smile, and then go out on his own terms, celebrating the life he lived.

“It feels so unfair,” Patricia shared sadly. “He could have died so well.  Our state lawmakers need to make changes to the Death with Dignity Act.  To allow for extreme cases like George’s, to be granted the medication to die without suffering, regardless of the time they have left.”

In case you missed the previous stories, you can read Susan’s story here and Lee’s story here.

End of Life Washington is the only organization in the state that provides the education, support, and advocacy necessary to help Washington residents exercise their choice to die with dignity and autonomy. More than ever we need to protect access to, awareness of, and support for a full range of end-of-life choices. Together, and with your financial support, we will have the ability to grow and adapt to support others like George to die as they choose.

Help us protect and support  the most important decisions of our life!