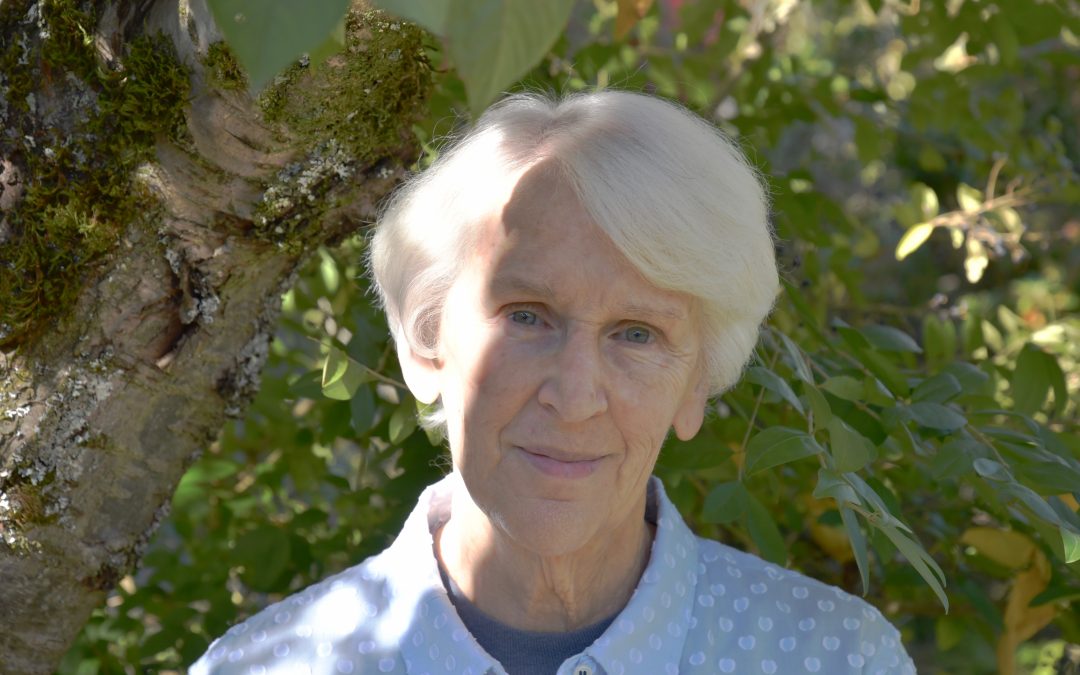 The longtime member of the EOLWA Board of Directors is retiring after more than 30 years devoted to Death with Dignity. By Sebastian Moraga.

What began with a parental chat in Seattle became a lifetime commitment to people all over the state.

Arline Hinckley, one of the longest-tenured members of the Board of Directors at End of Life Washington, is leaving the board after 30 years on it, although she will remain involved with the organization as a Volunteer Client Advisor, or VCA.

“What really calls to me about End of Life Washington is working directly with clients,” she said. “And there have been some client situations that have been immensely rewarding to me: People who really grabbed my heart and for whom it was a real gift to help them have what they want.”

Now that the end of her tenure is near, she looks back and recalls her parents talking to her about their own end-of-life choices, at a time where the concept was almost unknown to the public at large. She was just a teenager then.

After she earned her Master’s degree in social work, she worked with cancer patients in the 1970s and saw firsthand what it was like for people to die in excruciating pain.

“There were no ways at all for people to control the time and manner of their own death,” she said. “And I just saw too many people die very badly, and it just didn’t seem fair.” One patient went so far as to ask Arline to help her end her life.

“She was suffering greatly and it was so hard to say ‘I’m sorry, I can’t do that,”’ Arline said. “That job kind of cemented my feelings about end of life and the fact that people should have options.”

Back then, the majority of public opinions leaned toward doctor-knows-best, and the tide finally began to turn in the late 1980s, when Washington saw its chapter of the Hemlock Society (a precursor to End Of Life Washington) open its doors. One of the first achievements was to become the first jurisdiction in the world to vote on a Death with Dignity initiative in the world in 1991. It would be a long 18 years until such an initiative would pass in Washington, but, says Arline, “it got people to thinking.”

Despite the wait, the struggle never felt hopeless, Arline said.  She remained optimistic that the people of her home state would one day have a Death with Dignity law.

Once Oregon passed its own Death with Dignity initiative, it became almost inevitable to Arline that other states would follow suit, including Oregon’s upstairs neighbor. And although dozens of states still don’t have such laws in the books, there’s reason to believe that there’s no turning back the clock on this fight.

Even decades after that parental chat, she holds fast to that optimism.

Having a front row seat for three decades to the struggle for Death with- Dignity rights has given Arline a unique perspective. Now that she’s about to close a chapter, she reflects on what has been achieved both at home and across the nation.

One of the great merits of the fight toward Death with Dignity legislation across the U.S. is that it brings together a nation that at times seems hopelessly divided. But when it comes to DWD, red states and blue states alike are having similar conversations.

“It cuts across all sorts of lines,” she said. “Religious, political, racial, and I think that’s because it’s such a personal issue.”

Seeing any person they know suffering, wanting to die, and not being able to, affects people more directly than any other issue she said.

“They can really feel in their hearts the reasons for having that option,” she said.

Washingtonians have had that option since 2009. In many ways, that achievement sits at the top of 30 years of work on the Board. In many other ways, it falls in second place, to something else: The human aspect of the legacy that is treasured just as much.

“Helping people have a good death is a gift to them and to their families,” Arline said. “I hope that part of my legacy is the thought that I helped people at a vulnerable point in their lives, and that it was good.”