Robert retired in 2010 after 40 years practicing internal medicine, the last 24 also as Director of HIV/AIDS for Public Health – Seattle & King County.  AIDS greatly expanded his experience with death and dying. He has been on the UW faculty of medicine since 1977, still teaches at undergrad and graduate levels, and was a part-time faculty of the Socio-behavioral Prevention Research Core of the Center for HIV/AIDS & STD Research.  He became a volunteer medical adviser (VMA) for End of Life Washington in late 2010 and joined the Board in early 2015. As a VMA he helps advise End of Life Washington client support volunteers and finds physicians for clients when their own physicians don’t participate. He works with the state’s medical community to expand physician awareness of dying patients’ wishes and participation in the state death with dignity law. Bob is a Fellow of American College of Physicians. 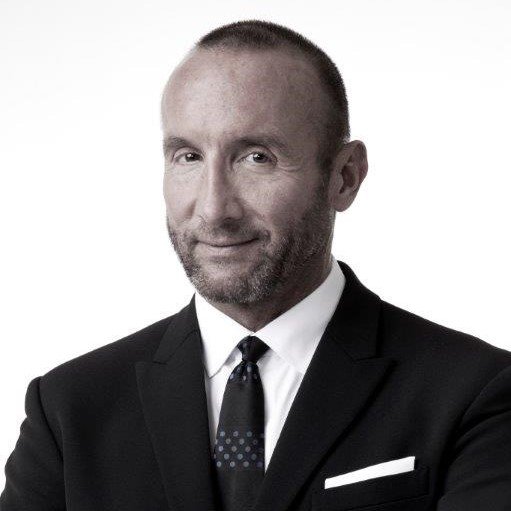 Robb Miller was the executive director of End of Life Washington (EOLWA) from 2000 – 2015 and one of the leaders of the I-1000 Coalition which passed Initiative 1000, the Washington Death With Dignity Act in November, 2008. He was also a key campaign spokesperson and debater.

Robb now volunteers on EOLWA’s Public Policy and Legal Committee, the Fundraising and Development Committee, the Annual Meeting Committee, and the Dementia Taskforce. He is also the volunteer administrator of a philanthropic fund that supports human rights and social justice organizations.

In 2005, he received the Hugh Gallagher Award, a national social justice award given to the person who has most effectively advocated for the rights of people from diverse populations.

Robb is the author of several first-of-their kind, groundbreaking advance planning documents, including EOLWA’s Hospital Visitation Authorization for LGBTQ people who were not afforded the right of hospital visitation until gay marriage was legalized in 2012. He also created EOLWA’s Advance Directive, co-authored a first-in-the nation Living With Dementia Mental Health Advance Directive and My Instructions for Oral Feeding and Drinking which supports an incompetent person’s choice to decline unwanted oral feeding and drinking.

Erin Crisman Glass is an estate planning, elder law, and adoption attorney at Barron Smith Daugert PLLC in Bellingham, Washington.  Erin believes every person deserves to have an estate plan that is shaped by their own set of unique circumstances, whatever those may be.   Erin is especially dedicated to ensuring that her client’s end of life wishes are thoughtfully considered and documented so that their values can be honored at the end of life.  Additionally, Erin prepares special needs trusts to assist families as they navigate the often complex legal and financial issues that are raised when a loved one has a cognitive or physical impairment.  Erin advises clients on the myriad of issues encountered regarding access to public benefits, particularly long-term care Medicaid and veterans’ benefits planning.  Many times, these issues require the appointment of a guardian, as well as trust creation and administration.  Erin is a frequent speaker on these and other issues. She was instrumental in bringing the first national conference on Voluntary Stopping of Eating and Drinking (VSED) to the Seattle Area in September of 2017.  Erin graduated cum laude from Seattle University School of Law where she served as editor-in-chief of the Seattle Journal for Social Justice.

Shawn is the Director of Business Development at With a Little Help, Inc., a Seattle-based for-profit home care organization. She also serves as the Washington Home Care Association Vice President, the Blooming with the Boomers Conference Chair, and serves on the EvergreenHealth Seasons of Hope committee. Before joining With a Little Help, Shawn worked as a private care manager for a client with Alzheimer’s Disease. This experience, as well as her ongoing journey with her own mother’s struggles with dementia and various health issues, led her to her current work where she enjoys working with a team of caring professionals dedicated to providing excellent care with a personal touch. Shawn excels at bringing resources and people together, as she creates relationships that bring peace of mind to families and their loved ones.

Jonathan Gavrin, MD is a Clinical Professor of Anesthesiology and Critical Care at the University of Pennsylvania, where he has been on faculty since 2003. Prior to that, he had been in Seattle for 25 years, primarily at Harborview Medical Center and the Fred Hutchinson Cancer Research Center. Dr. Gavrin built and directed the palliative care program at the Hospital of the University of Pennsylvania, where he also served for 7 years as Physician Co-Chair of the Ethics Committee. He is board certified in Internal Medicine; Anesthesiology; Pain Management; and Hospice and Palliative Medicine.

Barbara Green, MSW, LICSW has been in clinical practice in care for older adults both in community and residential settings for more than 20 years.  Her recent clinical work involves leading therapeutic groups for individuals experiencing late-life-depression and anxiety whose aim is to explore the changes and life transitions experienced by older adults.  While not actively considering end-of-life issues, questions surrounding chronic illness, advanced old age, and the loss of friends and family are at the forefront.  Barbara has a specialized knowledge of dementia care and has presented on the Alzheimer’s Disease, Dementia and Mental Health Advance Directive as developed by EOLWA.

Trudy James is a graduate of Union Theological Seminary in New York City, and a retired multifaith hospital chaplain who spent 25 years working with AIDS patients. Producer of the documentary film, Speaking of Dying, she is also a speaker, facilitator, trainer, retreat leader and consultant regarding issues of aging, living deeply and dying well.

Lucille has a been practicing pharmacist since 1987 and currently works with EvergreenHealth Pharmacist Provider Services. She has clinical expertise in geriatric pharmacy, anticoagulation, lipid management and smoking cessation. Her thirty years of experience includes serving as Pharmacy Clinical Director, pharmacy management, home infusion, as well as hospital and retain pharmacy. Lucille obtained her Doctor of Pharmacy from the University of California, San Francisco and her MHA from Seton Hall University.

Rabbi Laytner is the executive director of the Seattle Chapter of the American Jewish Committee (AJC). He previously served for 11 years as the executive director of Multifaith Works, a Seattle non-profit agency that provides housing assistance and emotional and practical support to people living with AIDS and other life-threatening illnesses, and 10 years as head of the Seattle Jewish Federation’s Community Relations Council. He helped found the Washington Association of Jewish Communities, the Interfaith Council of Washington, and the North American Interfaith Network. Rabbi Laytner holds a BA, summa cum laude, from York University in Toronto and a Masters degree in Not-for-Profit Leadership from Seattle University. He has a Masters degree in Hebrew Letters and rabbinic ordination, along with an honorary Doctorate of Divinity, from Hebrew Union College in Cincinnati.

Angela is an Elder Law and Estate Planning Attorney with Somers Tamblyn Isenhour Bleck, PLLC in Seattle. She represents clients in a range of Elder Law and Disability Law matters, including special needs trusts, probate, and estate planning.  She is a Title 11 Guardian ad Litem and a frequent speaker on issues surrounding Medicaid planning.  She graduated with honors from Seattle University School of Law, where she was Article Editor for the Seattle Journal for Social Justice. Angela began her career in long-term care nursing, graduating from the UW School of Nursing and earning a Master’s degree in Health Administration.  After finishing law school, she represented plaintiffs in medical malpractice litigation for a decade before returning to her calling of working with seniors and people with disabilities.

Carin is a Social Worker and the Director of our Memory Loss Programs at the Greenwood Senior Center in Seattle, where she has worked since 1995. She is a geriatric social worker and support group facilitator with over 30 years of experience. Carin provides individual counseling at the Greenwood Senior Center as well as Tallmadge Hamilton House Senior Center in the University District. She also teaches health classes and facilitates over ten different support groups in the Seattle area.

Steven Schindler is a partner at Perkins Coie, where he represents clients in estate planning and probate and trust administration, estate and trust dispute resolution, and tax matters in Washington, Arizona, and Texas. He has served on the Estate Planning Council of Seattle, and he has also given continuing legal education presentations on end-of-life care planning. Seven currently serves on the End of Life Washington Board of Directors.

Phyllis Shacter is the author of Choosing to Die, a memoir and guidebook follows the journey she took with her husband when he decided to voluntarily stop eating and drinking (VSED) rather than live through the late stages of Alzheimer’s Disease. Her husband’s dying wish was, “I want everyone to know about VSED.” She began educating people about VSED only seven months after her husband died when she gave a TEDx talk, “Not Here by Choice.” She speaks frequently at conferences and has been interviewed on podcasts, radio, magazines and other journals. Phyllis uses all of her skills today as a teacher, business consultant, life coach and public speaker as she educates others about expanding end of life choices as a means to create a life-affirming death. Phyllis’ book is available on her website, www.PhyllisShacter.com or at Amazon.com.

Virginia F. Stout, Ph.D.(Chem.), M.A.(Psych.) is a retired counselor to Scientists, Engineers and Health Care Professionals. Earlier in her life she was a Research Chemist at the NOAA National Marine Fisheries Laboratory in Seattle for 30 years. Now she is living with Multiple Myeloma and learning to adjust to chronic cancer.